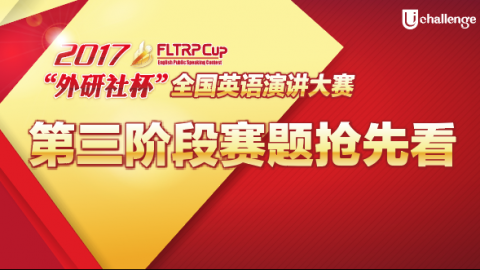 赛题1. Which of the four “core skills” do you think is the most important for China’s “new generation of capable young people”? Why?

赛题2. Suppose at next year’s BRICS Film Festival, three “BRICS Plus” countries, Egypt, Mexico, Thailand, are to produce a film with the same theme. If you were the director representing one of the three plus countries, what story would you tell about the country with the theme Where Has Time Gone?

赛题3. Which dimension do you think is the most essential to a “best university”? Why?

赛题4. Suppose you were an expert in the Hui-style architecture. Introduce the architecture to a group of foreign visitors.

赛题5. Suppose your university is holding a welcome ceremony for a group of visiting students from Cambridge University. Give a speech about the poem at the ceremony.

赛题6. Suppose you were an author who is going to write a book about the world’s economic evolution in the NEXT ten years. What title would you give the book and why?

赛题7. Which do you think is the most believable origin of the name “China”,  china (瓷器), cha (茶), or Ch’in (秦)? Please justify your belief.

赛题8. What do you think about this story?